A beside table with integrated dimmable led strips 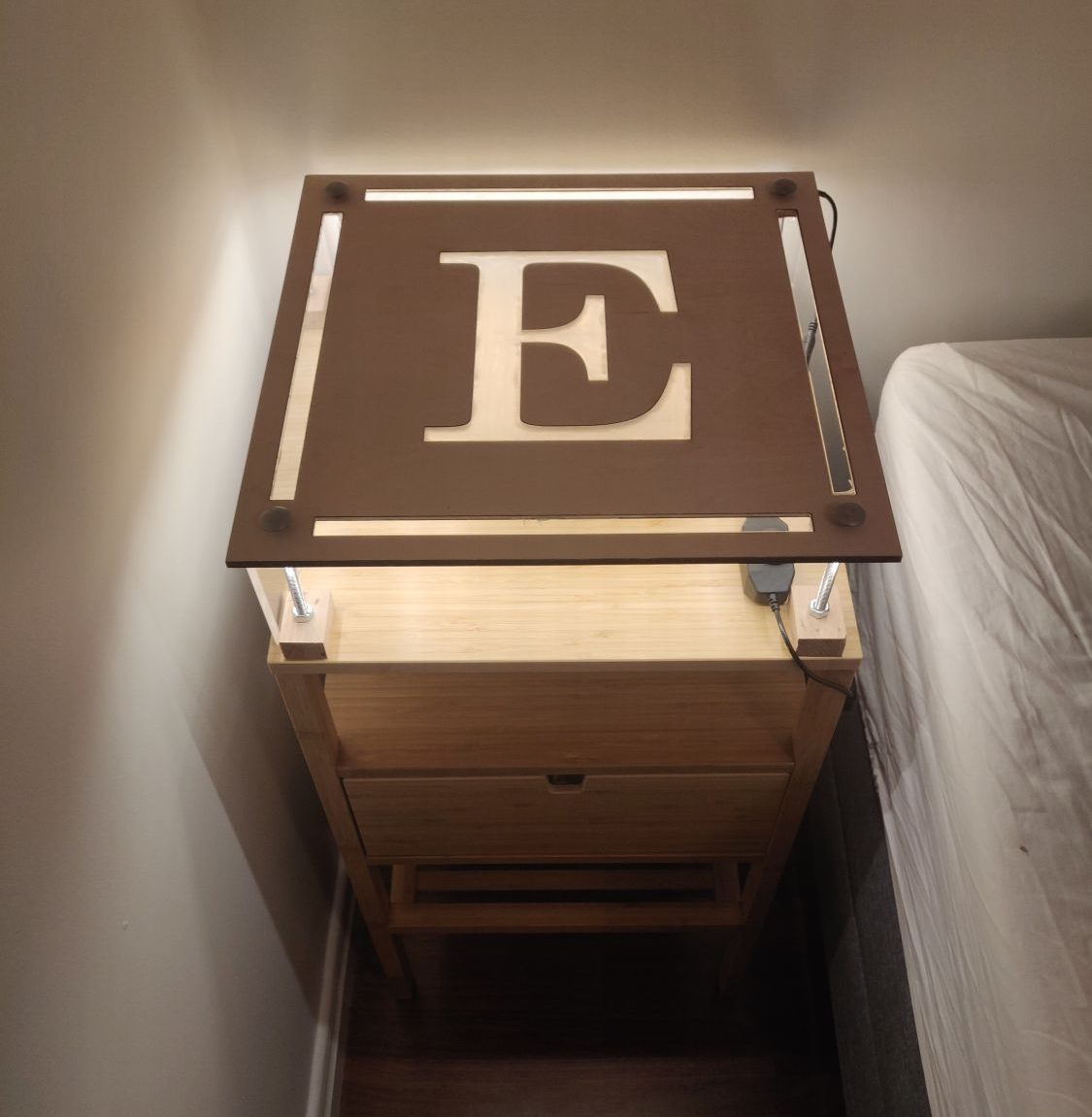 I started from an IKEA bedside table that I liked (Nordkisa), and built the glowing top. 6mm plywood over which I laser cut a  big letter and side rectangles. There I glued acrylic plaques of same shapes.

The whole top rests on 8mm wide, 10cm long machine screws, with 4 bolts keeping up the weight of the top and 4 more to provide a wide resting basis on the bottom. Dimmable warm white led strips attached behind the plywood. Finally, acrylic sides on the back and towards the wall so that the top shelf becomes an almost closed place.

A 4-pieces portable goban with magnets 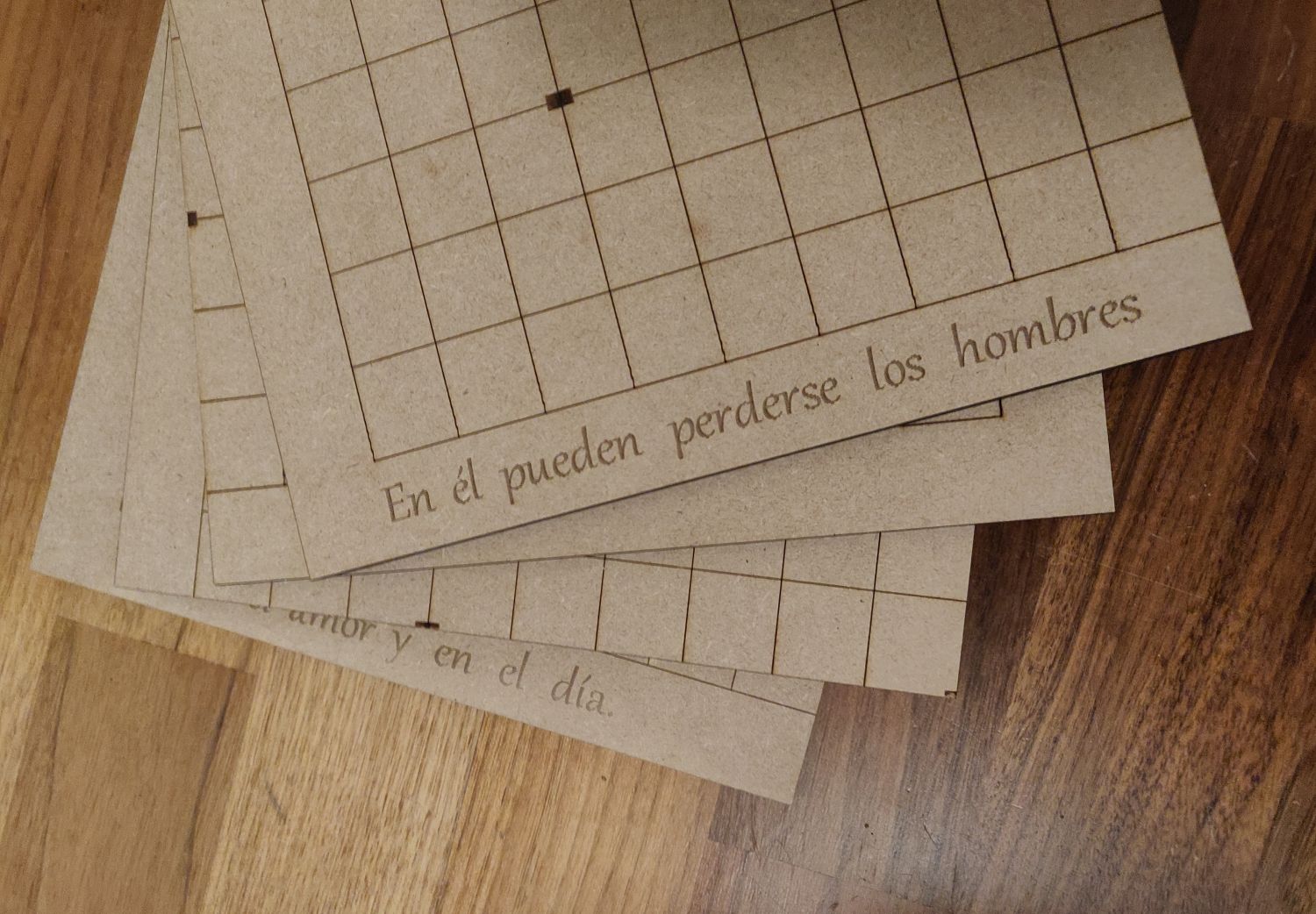 A laser cut goban easy to carry around. Carved with the laser cutter, with a quote from Borges on the courtesy sides, and finally cut in four pieces. It is a regular full size goban, but can be disassembled for easy of carrying. 6mm MDF. I then drilled holes on the internal sides of each of the pieces and glued magnets inside, so that it can be easily re-assembled and sticks together. (The oshis are squared just because there seemed to be a bug with the laser cut software that wouldn’t carve circles correctly.) 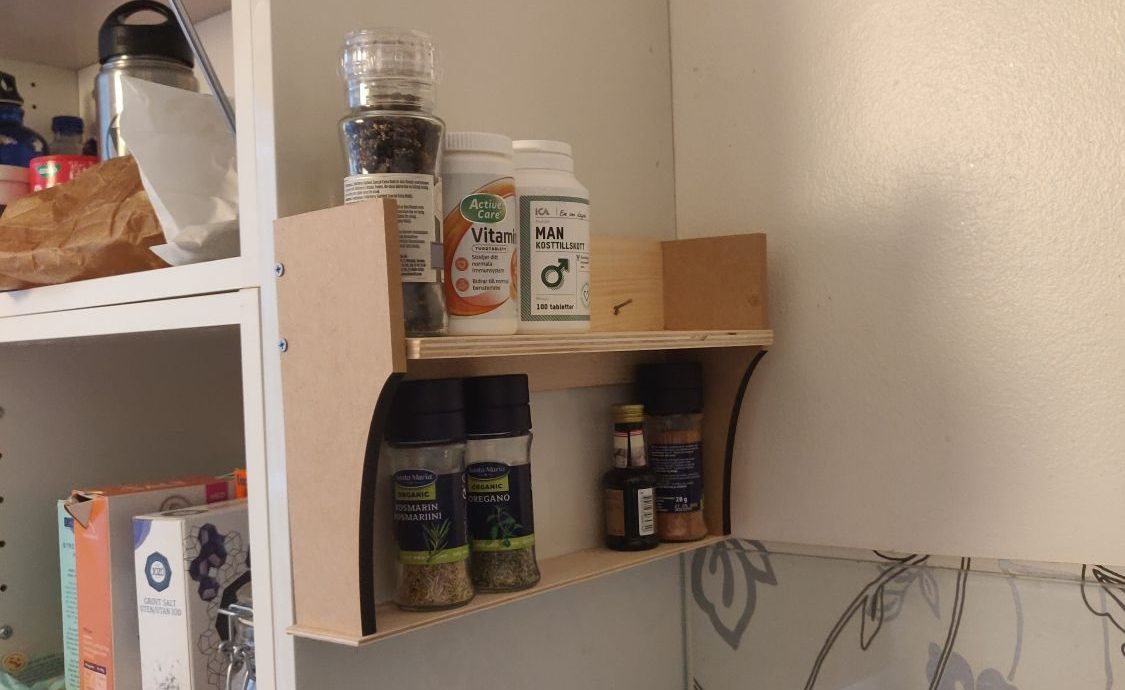 The constraint was to use a nail that was already present in the cupboards. With that, and digging for scraps from different sorts of wood at my Makerspace, I ended up with a nice 2-shelves structure that is perfect for spices and small jars. Band saw out of order at the time, so used laser cutter to cut the curvy sides. 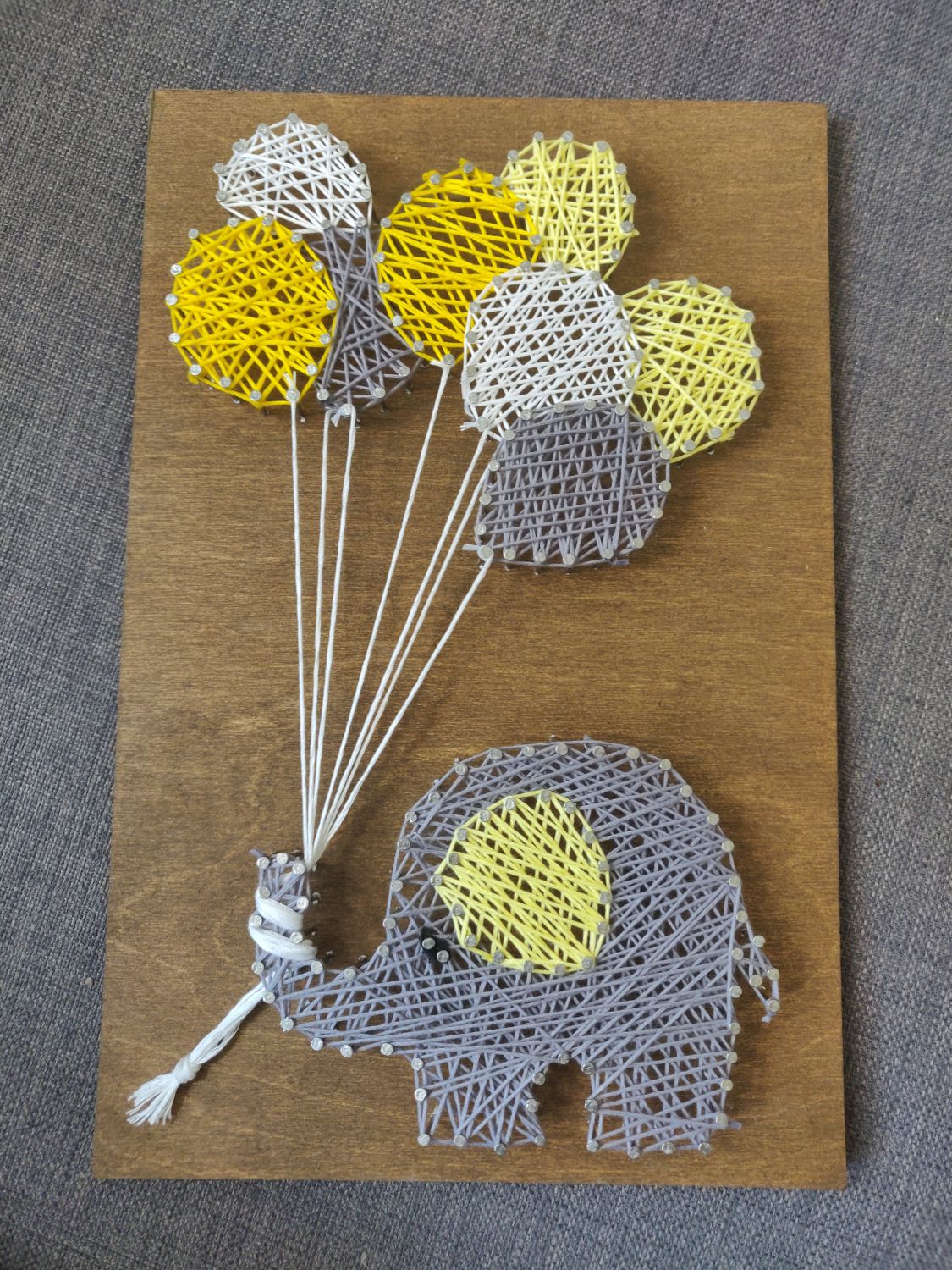 A gift to a pregnant friend, started from a string art kit. The worst part is to actually hammer the nails in, which need to go in but not too much. Took me two or three session to be done with the nailing, obviously done outdoors to avoid being killed by angry neighbors, with people asking what the hell I was doing. The string part was quite quicker than expected, and the overall result very nice. 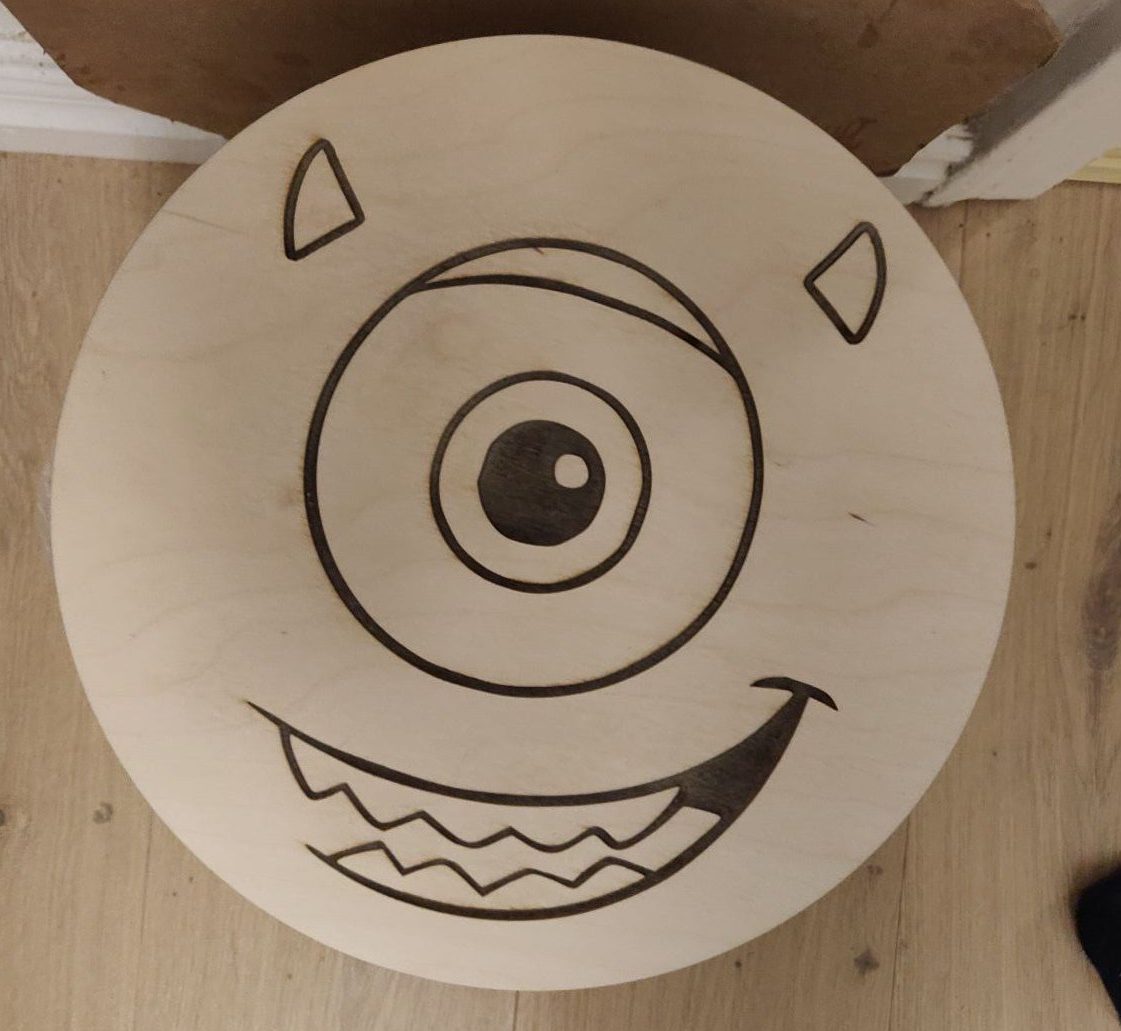 What can you do with a laser cutter in 10 minutes? Avoid a stinking garbage bin. Mike Wazowski is now eating our trash. 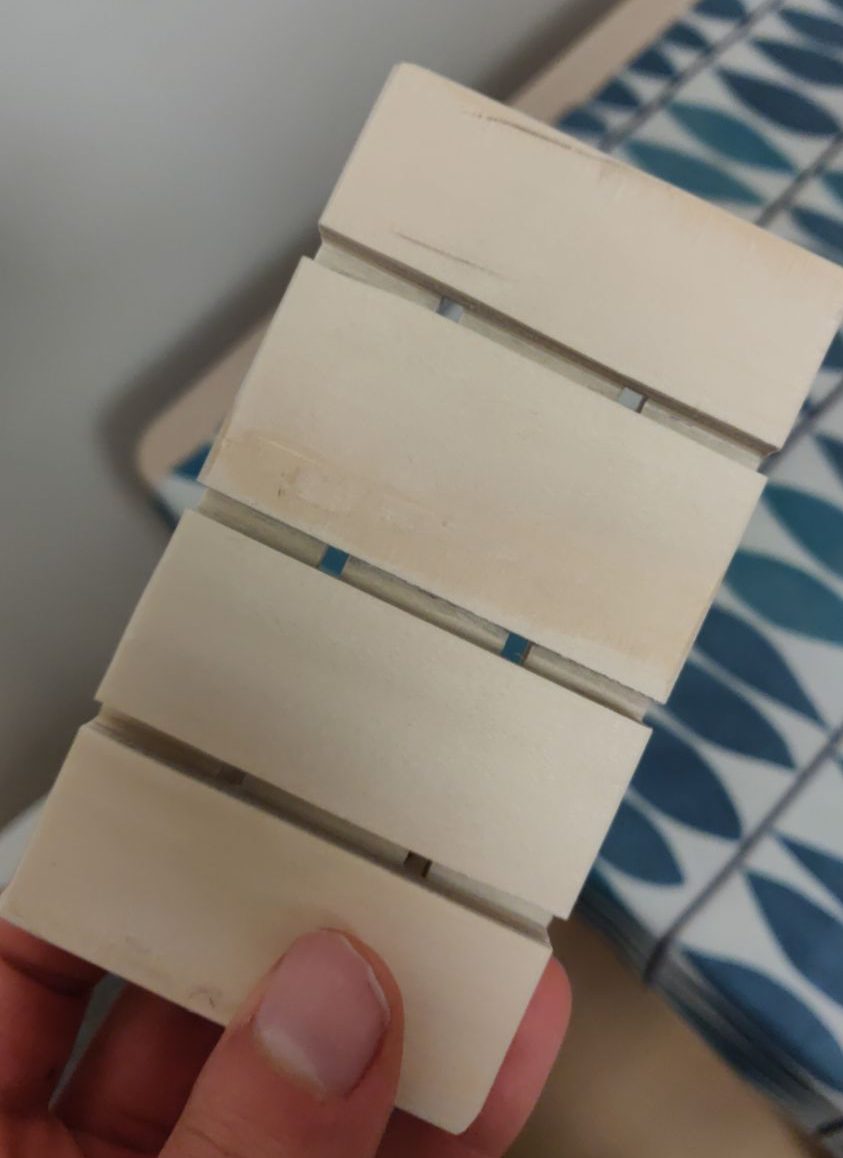 An easy to make soap holder from scrap wood again. Any piece of wood thick around 1 cm and of size 20 cm x 10 cm is good enough. Cut it to size, then use the table saw to cut multiple traversal lines in the wood on one side, and in the other direction on the other side. If the height of the cuts is bigger than half the thickness, there will be hollow points where the cuts from the two sides meet. These act as water drains. Be generous with the oiling to make it sufficiently water resistant! 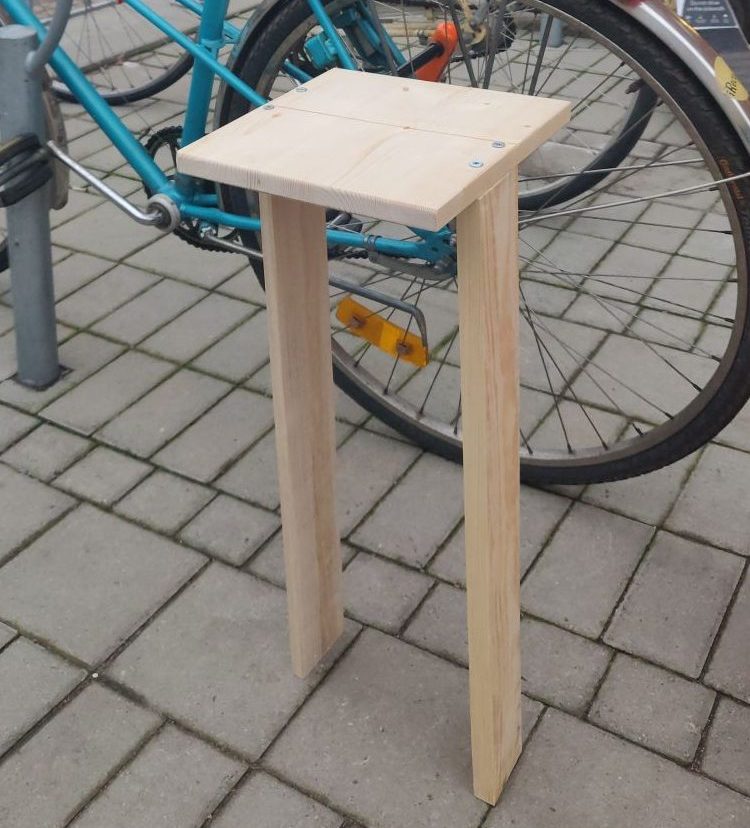 A higher stand up for my lamp, which would otherwise lose half of its light when put behind the side of the sofa. Again out of scrap wood, thus with only two legs, which I put slightly skewed so as to give the structure as a wide resting basis as possible. 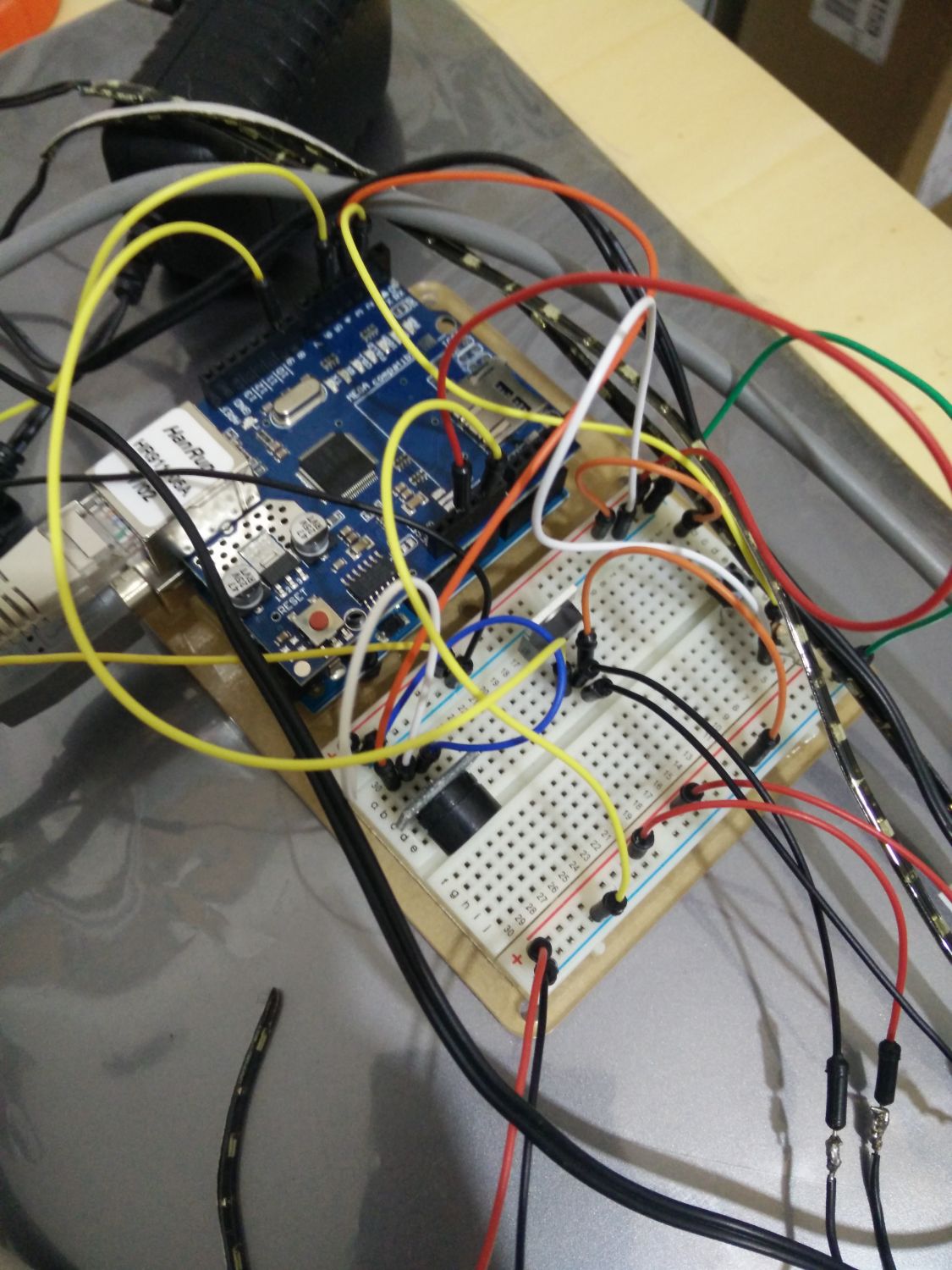 An alarm that gradually turns up a couple LED strips at a given time, and then sounds an alarm after a while. Can be set up from inside the local network with an apt packet sent to the Arduino.